Brunei is accessible by air, sea, and land.

Brunei International Airport is the main entry point to the country. It is currently undergoing modernization, after which the annual passenger capacity should increase from 1.5 million to 3 million. Other airports – Anduki, are located in Seria. The national carrier is Royal Brunei Airlines.

However, if you prefer a cheaper option, try to find public transportation. Go out of the airport and turn left. There is a bus stop for public buses. They have several stops on the way and end in the center of Bandar Seri Begawan. The ticket price is 1 BND / person. 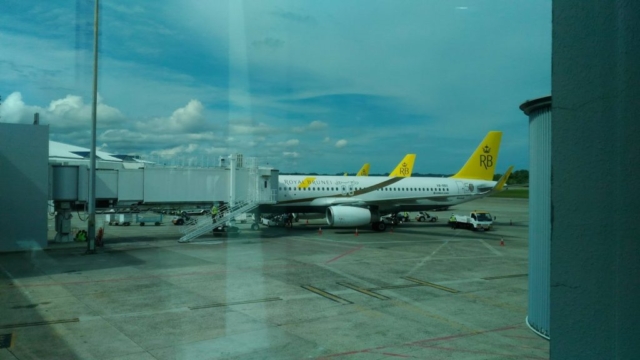 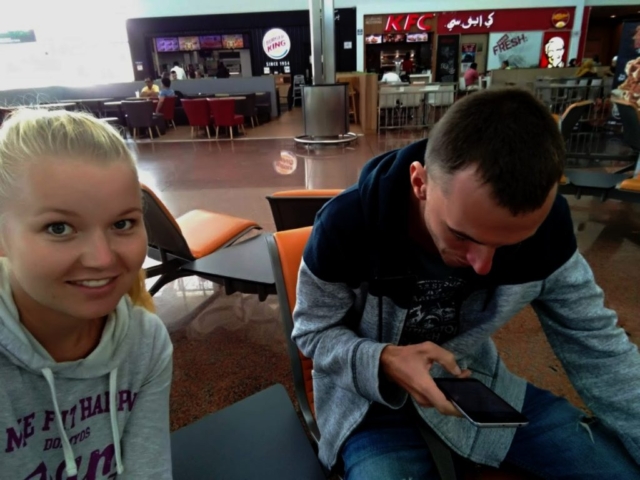 The ferry terminal and main seaport are located in Muara and operate regular services to Labuan (Malaysia). When buying a ticket you should also pay a tax (cukai kepala), which costs 2 BND per ferry. Motorboats provide transport of people and goods to the Temburong district. The terminal is about 25 km from Bandar Seri Begawan, but fortunately, there is a bus with a number 38 (purple) from the city center.

Water taxis are most commonly used if you would like to visit Kampong Ayer. A ticket price is 7 BND / person. A ride takes around 45 minutes. 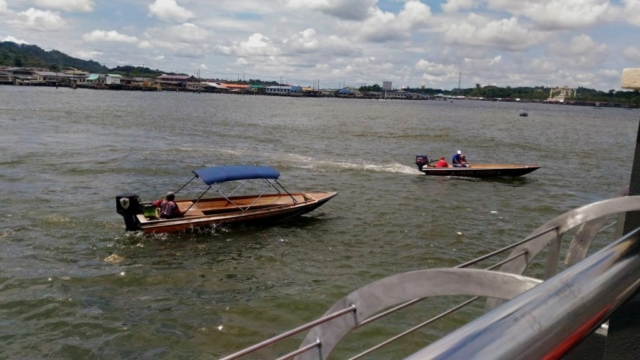 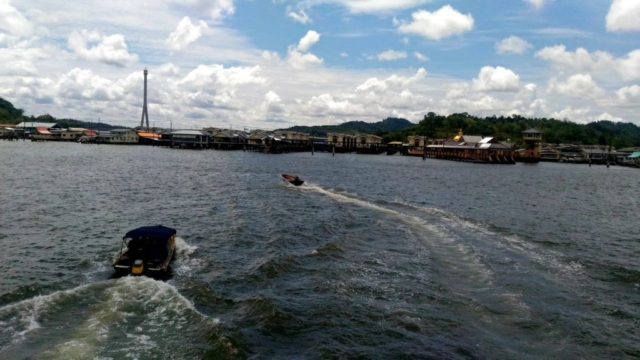 According to the average, one car is for 2 people, which places Brunei among the countries with the highest car ownership in the world. This is due to the fact that there are low import taxes and low prices for unleaded petrol of about $ 0.53 per liter.

Foreigners holding a valid driving license and international driving license can travel in Brunei for up to three months. During driving, drivers must have their identity cards (driving license, IDP and passport), vehicle registration papers and insurance conditions.

Drivers who are not registered in Brunei can only buy fuel at 10 designated petrol stations across the country, up to a maximum of 250 liters. Refueling a foreign car is more expensive because it does not include a government fuel subsidy.

Currently, the most important project is the construction of a 30-kilometer bridge (Temburong Bridge), which will connect the two separate parts of the country. It will connect the districts of Muara and Temburong. It is due to be completed in 2019 and is estimated at $ 1.6 billion. The biggest advantage of this bridge is the reduction in travel time, as there is currently only a direct 45-minute water taxi service. 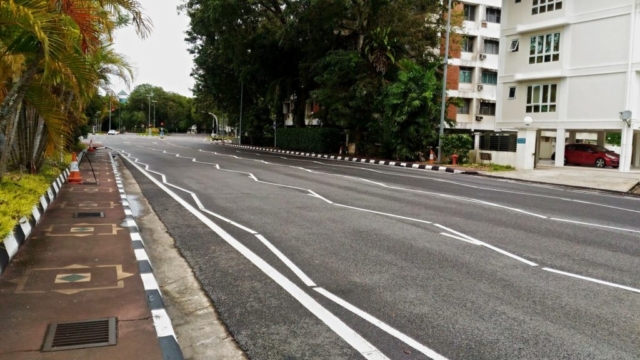 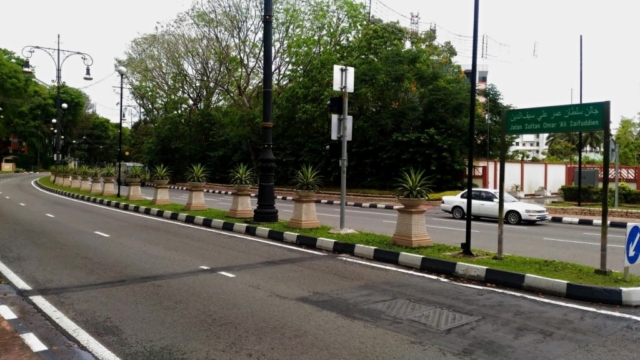 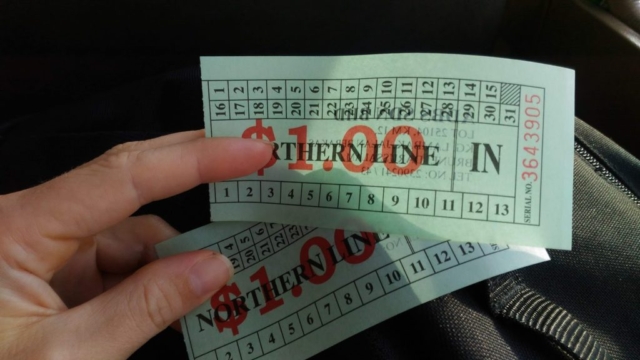 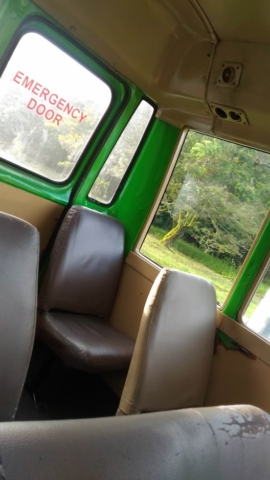 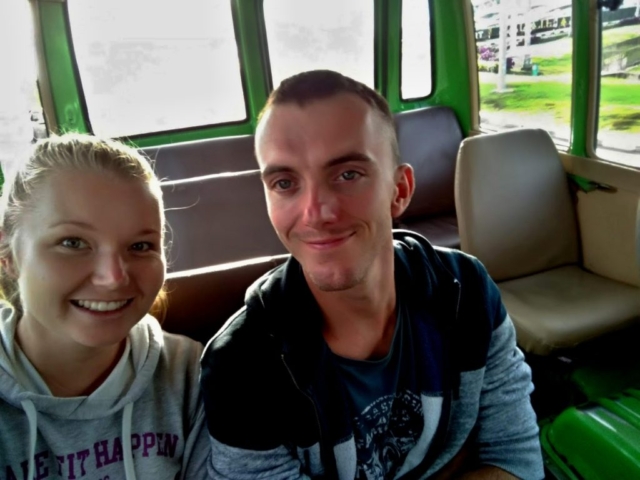 Neighborhood Bandar Seri Begawan (BSB) is connected by a dense network of minibusses. You pay 1 BND / person on each bus. Whether you are driving 1 stop or going from the bus station to the final stop. The price remains the same. The bus speed is limited to 50 km / h.

There are bus stops on each route, but passengers get on or get off in unofficial locations, at the discretion of the driver. It is always good to ask if they are going to your chosen place. Anyway, the inspectors are willing and happy to advise you which bus you need. We also read a few reviews about the fact that you can wait for the bus over half an hour, but this has never happened to us. Buses regularly traveled from 6:00 to 18:00.

From Kuala Belait, there is a bus to Seria for 1 BND / person and rides every 20 minutes. In Seria, you can switch to another bus that will take you to the capital of Bandar Seri Begawan (BSB) for 6 BND / person. The journey takes about 5 hours and buses run every hour.

From Bandar Seri Begawan there is a daily bus service to Kota Kinabalu. The bus departs from Tamu Kianggeh at 8:00 am and takes about 8-9 hours. The ticket price is 100 MYR. 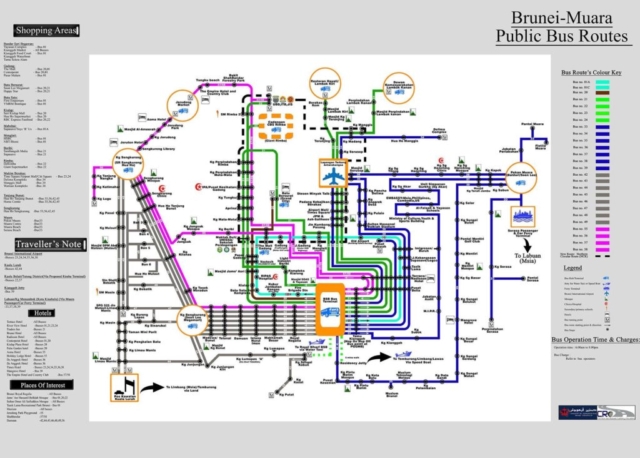 There are about 40 taxis in Brunei. Of course, you will most of all see them at the airport and in the capital city. Taxis do not have taximeters because there are no regulations that require it. Drivers have fixed prices for most routes, but of course, they can vary. It always depends on the specific driver. If you prefer a taxi service via a Uber or Grab application, look for and download Dart that works on the same principle.