The history of Brunei refers to settlements and companies located on the northern coast of Borneo, which for most of its history were influenced by Indian kingdoms and empires. According to local historiography, Brunei was founded by Awang Alak Betatar (later Sultan Muhammad Shah) around 1400.

Islamization began in the 15th century, during the establishment of the Brunei Empire, which included the northern part of Borneo and the southern Philippines. The government of the Fifth Sultan, Bolkiah (1485–1521), is often described as the “golden age” of the earth. He allegedly controlled most of the island of Borneo, including the state of Sarawak and Sabah, the archipelago of Sulu and Seludong. At the end of the reign of Sultan Bolkiah, the first Europeans visited the country. Pigafetta described the capital as a place with wooden houses built on stilts that are built over the water, now known as Kampong Ayer. The Sultan’s palace was surrounded by brick walls and protected by numerous brass and iron guns. 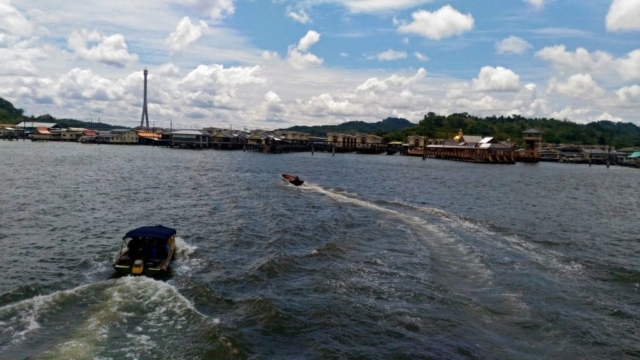 By the end of the 17th century, the empire found itself in a period of decline, which was caused by Brunei civil war, piracy, and European colonial expansion. Relationships with different European countries differed. For the most part, the Portuguese have been interested in economic and trade relations with regional powers and have little intervening in development. Relations with Spain were worse because of several naval battles. During the war with Spain, Brunei lost Manila.

During the reign of Sultan Omar Ali Saifuddin II. , there were riots in Sarawak, and British adventurer James Brooke became governor and later the White Rajah of Sarawak. Even though he tried, he never gained control of Brunei. In 1888, the British signed the so-called “contract of protection” and Brunei was under British protection. 1.1.1984 Brunei became an independent state.

In 1928 he was discovered oil by Shell Company. As a result, the impoverished state has become an economic power. Brunei wanted to join the Malaysian Federation. Another option was a federation between North Borneo, Sarawak and Brunei, but it was rejected because of oil revenues and the possible limitation of Sultan’s power. For these reasons, the country has become an independent nation that continues to this day.

Brunei is an absolute monarchy in which the sultan, is the head of state and government, including emergency powers. Executive power is exercised by the government. The Legislative Council has 36 appointed members, holding only advisory tasks. With oil wealth, the government can provide residents with one of the best health systems in Asia. Malaria and cholera have been virtually eradicated here. Among other things, the government pays accommodation, education and daily needs (e.g. rice) for local people.

Leaders are very concerned that ever greater integration into the world economy undermines internal social cohesion. Future plans include increasing workforce, reducing unemployment, strengthening the banking sector, tourism and expanding the oil and gas economic base.

Brunei is officially an Islamic state, with hundreds of great beautiful mosques across the country. The sale of alcohol is prohibited. It is also prohibited to import meat (other than seafood) that has not been certified as “halal” (slaughtered under Islamic law).

Islam professes 2/3 of the population. Yet there is religious freedom in the country. Although with limited rights, religious education is controlled and any non-Islamic religious material that is distributed is subject to confiscation, but you are not forced to profess only Islamic religion. The second most widespread is Buddhism (13%) and the third is Christianity (10%). 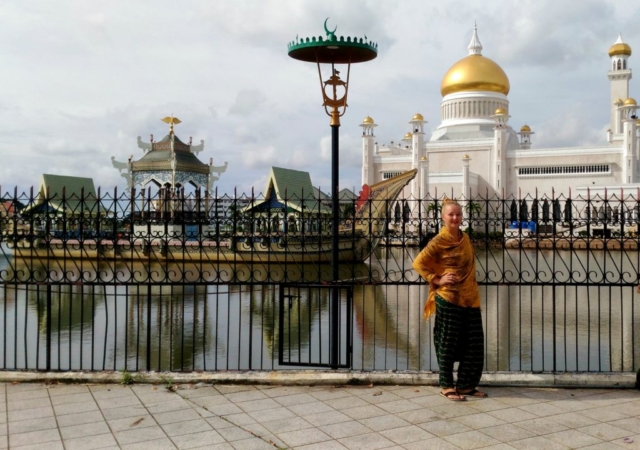 The locals adhere to the tradition of using full names with all titles, including the name Haji (for men) or Hajjah (for women) who have traveled to Mecca. Women here wear Tudong, traditional headgear and songkok men, a Malaysian hat.

About 97% of the population lives in the greater western part (Belait, Tutong, and Brunei-Muara), while only about 10,000 people live in the mountainous eastern part of Temburong. The total population is about 500,000 and the largest number lives in the capital BSB.

Education starts at pre-school age, 6 years is primary education, and 6 years is secondary. Nine years is mandatory. Most college students attend universities abroad, but approximately 2500 are studying at Darussalam University in Brunei. It was opened in 1985.

If you are interested in obtaining Brunei´s citizenship, you need to pass an exam of the Malaysian culture, local traditions, and language.

The culture is predominantly Malaysian with significant Islamic influences.

Holidays and important days in the country:

1.1. New Year according to Gregorian calendar

15.7. Sultan’s Birthday (commemorates the birthday of Sultan Hassanal Bolkiah in 1946)

30 Days of Ramadan, Islamic New Year, Celebration of Ibrahim’s willingness to sacrifice his son Ishmael as an act of obedience to Allah, Birth of Prophet Muhhamad, Prophet Muhammad Celebrations